For those of you who missed part I, my ADHD diagnosis and struggles navigating this revelation, was a huge part of my origin story. Until this point in my life, I felt like an outsider, a nobody. I felt alone, crazy and out of place. The next big step in my ADHD journey was figuring out how to manage my condition with a new environment, high school.

Starting high school brought on a huge range of emotions, thoughts, and feelings. I was scared. Would I fit in? Would I make friends? Would I be judged and embarrassed about who I am?

At the time, there were two school options from which I would choose to attend. One was a bigger school with more classes for more options on education level. This school at first was my number one choice, it had the feel I wanted, the reputation I was looking for, and the right mix of fun and education that would fit my ADHD energy. However, the downside of this bigger and fancier school was that a lot of the kids that used to bully me when I was younger would be part of my class. It made me second guess my thought process and decision.

Then I got a look at the second option. When I looked into the second option, albeit less popular and smaller in size than the first, something caught my eye. I was at a meet and greet and got to meet some of the potential classmates I might have. It hit me that this was the place for me. The kids at this school were nice, kind, quirky and silly like me. No surprise ending here, I chose the smaller school. Like when I was younger, this was the best decision I ever made. Don't get me wrong, there were a lot of ups and downs, but that's life. (Disclaimer, there was nothing wrong with the first option for schools, just wasn't for me at the time)

When I started 9th grade, it felt like a fresh new start free from baggage, reputation, and rumors. I felt like I was being reborn, which was exhilarating yet scary at the same time. In the back of my mind, there was always this little voice (some people call this your inner “gremlin” or “devil”) constantly telling me and nagging at me saying that “I wasn't enough, I wasn't smart enough, popular enough or good enough to be in this school”. I realized that my self-esteem challenges stemmed from my issues/challenges with ADHD. Despite getting a good vibe from the meet and greet, I was constantly worried that the medications wouldn't work or the stuff I had learned in therapy would fail. I was fearful that I would act weird or annoying and not make friends or succeed in this new environment. Honestly, these worries and thoughts haunted me every day in high school and continue to affect me today. I have realized that these thoughts will probably never go away, no matter where I am in life professionally or personally. It's my scar, issue and burden I carry with me wherever I go.

I’ll never forget this, one of my first weeks at school, I happened to be attending with my oldest and best friends and he introduced me to a lot of my classmates which helped a lot like an ice breaker. I remember sitting there, watching, observing the kids around me that were in my class and school. They all had their weird things, quirks and way of life (One kid was wearing an old Bomber Jacket, another was eating more chinese food then I could imagine and others were singing together for fun. A few of these kids became my closest friends). A peaceful thought crossed my mind, “Eli, they’re all silly and quirky, you'll fit right in”.

I worked hard daily to suppress my true self, to be the “coolest” version of myself at all times. But it was tiring, it was exhausting. At some point in the middle/end of 9th grade, I remember making a conscious decision to let go, to stop trying so hard - to be ok with who I am. After that moment, I started to make more friends, why? Because I was being me and they were ok with that. I was finally ok with that! It was one of the most freeing moments of my life.

I did things that I never thought were possible, I tried out for the hockey team (my position ended up being a Bench Warmer, but I was the best cheerleader and practice squad I could be. To be honest, I never thought I'd make it, but I did. Basically never played a game and was a bench warmer, but the experience of being part of a team, a brotherhood, a group made me feel amazing about myself.) I became the leader of the daily prayers and got involved in extracurricular activities. Every new experience and adventure would trigger the bad inner thoughts about myself. But slowly with a lot of self-soothing, self-talk and constant work on myself I began to figure out one of the most amazing things in my life, SELF LOVE.

With the mixture of an organization called NCSY and the friends I made in High School, I began to feel content and happy with who I was. I learned that people actually liked me for my fun, silly and quirky side and I shouldn't be ashamed of that.  And if they didn't like it, screw them! (I wasn’t 100% like this all the time. But I accepted this thought more often)

Arnold Van Gennep introduced a few terms I’d like to quote here in his classic work, The Rite of Passage. In this book, he has argued that societies, communities, and individuals develop certain breaks/rituals to mark the transition from one state to the next - from childhood to adulthood. They involve a three-stage process:

Separation- A break from the past

Incorporation- The last part, re-entering society with a new identity

The most important transition, when one breaks away from their identity but is in the limbo stage of creating and donning another one. People are remade, shared, refashioned and reborn in this stage.

High School was just a stepping stone, but wasn't the permanent change i needed for life. . The real change came in my year studying abroad in Israel, that was my true transition (Stay tuned for Part 3 where I focus on this more).

Not going to lie, it was a daily battle, but the battles got easier to win. I'm glad I chose that High School. If I would have gone to another school, I might not have found the right friends to lift me up and make me feel proud to be who I was.

The battle was not even close to over, all these feelings were on the surface. I thought they had penetrated to my core, but it took a year and a half until I finally accepted this way of life and thinking fully. 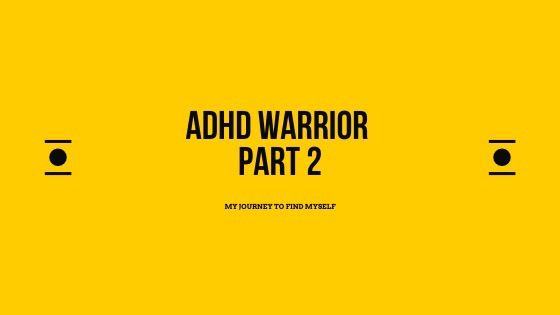 My Time Working on a Psych Unit

Life’s a Game of Inches